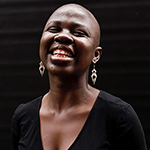 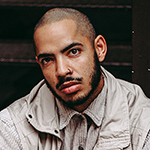 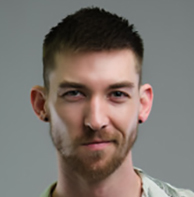 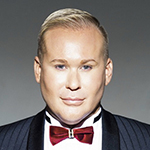 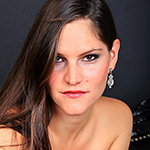 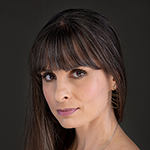 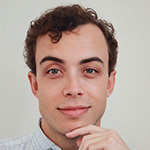 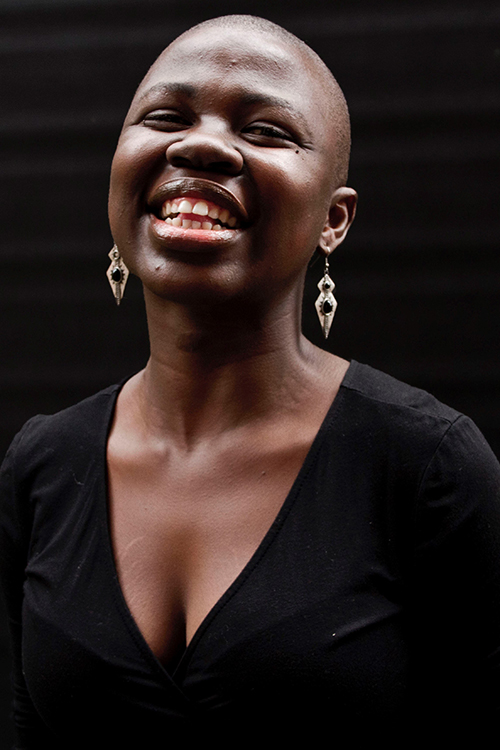 Liyabuya’s classes cater to the needs of the recreational dancer wanting to learn a few new steps as well as the professional dancer looking to hone their skills. She believes that ballet opens the door to many dance forms and uses a combination of barre and centre work to create a solid base from which to explore dance. Contemporary class consists of staple fusion dance movements – bends, swings, rolls, turns and jumps and ends with choreography and the chance to put it all together and get creative!

She encourages all to set aside any physical and mental limitations by trying something new and interpreting movement in a way that works for each individual in a supportive and empowering group setting. 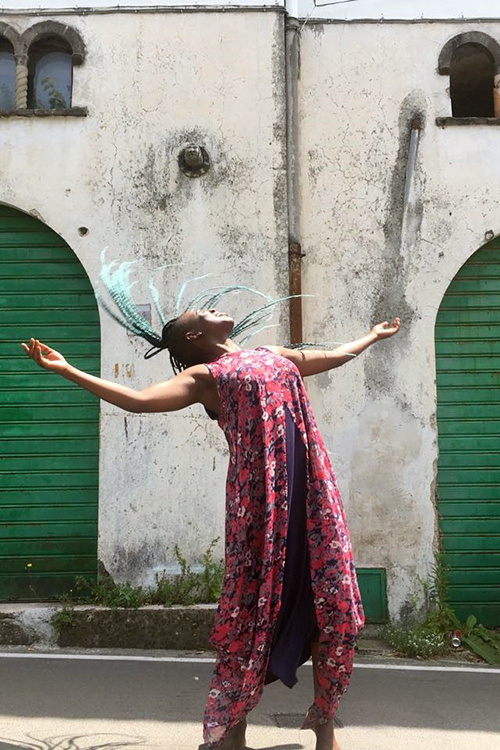 Liyabuya received her dance training from the PACT Ballet School, The Washington School of Ballet and The Zanelle Wessels Ballet School where she earned intermediate distinctions in Cecchettti and Royal Academy of Dance techniques. She went on to the Tshwane University of Technology where she attained her B:Tech Dance degree and also received a dance certificate with distinction from the Cape Academy of Performing Arts.

As a professional dancer she not only performed in a myriad corporate events but was a member of both the KMad Dance company and Tshwane Dance Theatre, dancing works by celebrated South African and international choreographers. Most recently she toured the world as a soloist in the Dance Factory and Dada Masilo’s Swan Lake and Giselle. Other theatre credits include Rivonia Trials, James Ngcobo’s Thirst and Mwenya Kabwe’s Afrocartography

As choreographer in her own right she has created many works including Embodying Apart which was performed at the Dans Stockholm Festival and is currently recreating Mobile Inertia – a mixed media work, while completing her completing her Masters’ research in Arts Management at Wits University. 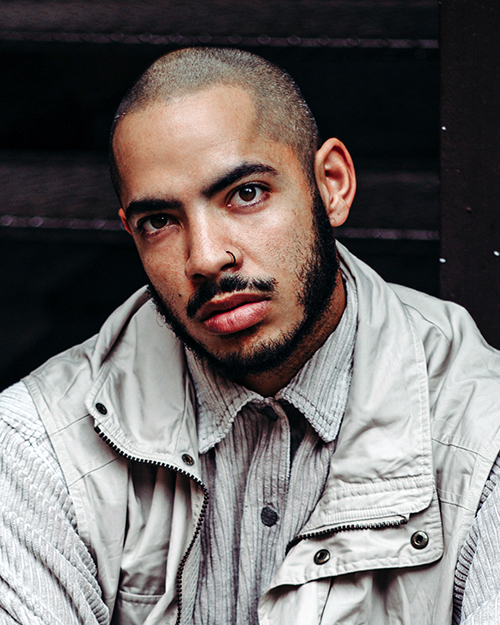 Hip Hop is not only the music you listen to, but the way you walk, talk, dress and act. Hip Hop is a state of mind – KRS-One

Quaid invites you into this world for an All-Styles Session which fuses authentic street and urban dance genres such as Party Dance “Hip-Hop”, Funkstyles (Breaking, Popping, Locking), Waacking & Voguing, and Afro-Pop. These sessions focus on individual dance steps and vocab, incorporating fitness and routine work! No prior experience is necessary so join in to find your street dance state of mind. 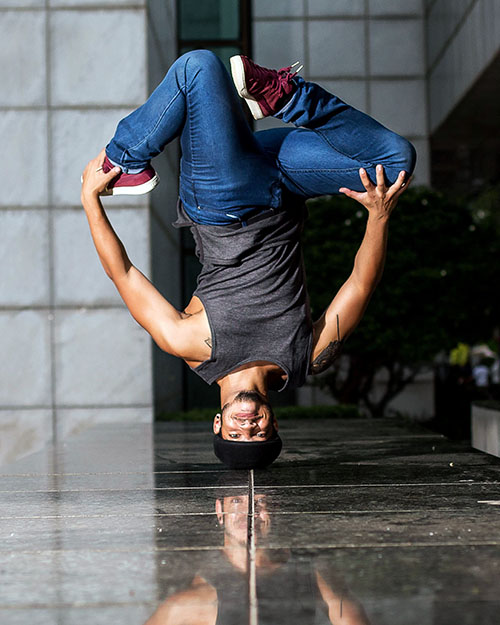 Quaid "Flip" Jones epitomises the spontaneous and creative soul of the ‘Hip-Hop Culture’ and since 2007, he has become one of the most sought after Hip-Hop Instructors and Choreographers. His specialty is as a mix master and his area of expertise focuses on fusing Funk styles such as Breaking and Locking & Popping with other genres including Afro-Pop, Voguing and Waacking.

His work includes competing nationally and internationally, teaching and training, as well as choreographing various performances and showcases.

His creative talents extend way beyond dance, he is also a Designer, Videographer, Photographer and Illustrator but enjoys taking time out of his busy schedule to share his expertise in all things Hip Hop! 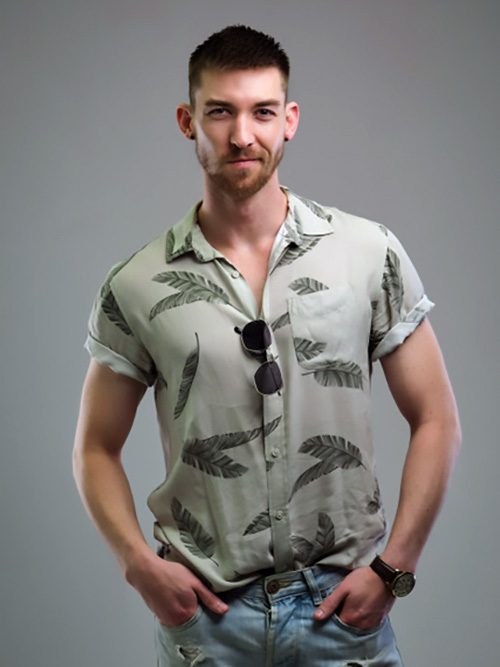 "We’re fools whether we dance or not, so we might as well dance!” – Japanese proverb

Stephan is “Mr Versatility” himself and his J-J-Jazz-It-Up classes explore Jazz in all its exciting and various aspects from lyrical and theatrical styles to more commercial vibes. If you are an avid tapper and want to work on skills, musicality and rhythm, dust off your tap shoes and join Stephan’s Brush-up your Tap Dance classes to make some noise. He also offers the not to be missed Open Jack-in-the-Box Class. Are you up for a surprise? This class is all about versatility and can range from Contemporary to Jazz to Commercial and Musical Theatre Dance. So come and crank open the box to see what jumps out - every class guarantee something fun, different, challenging and unexpected. 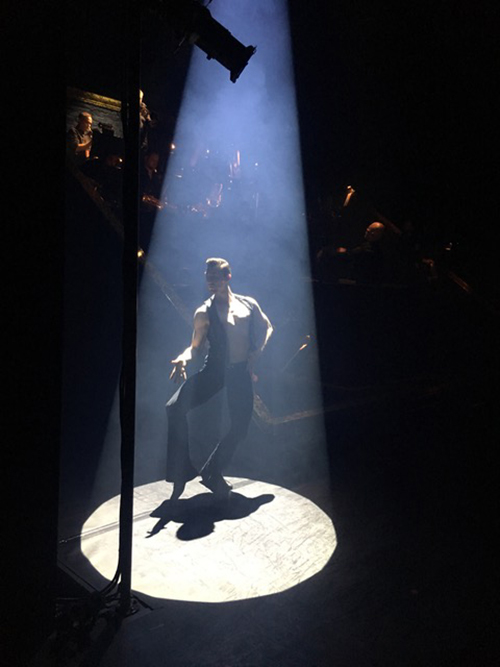 Stephan van der Walt is a Musical Theatre Artist from South Africa. In 2012, he graduated with a B.Tech degree in Musical Theatre (Cum Laude) from Tshwane University of Technology. During his time at TUT he participated in various dance productions under leading South African and International Choreographers including Esther Nasser, Timothy le Roux and Redha Beintefour. He started his professional career dancing in the 1950’s Afrikaans Movie Musical Pretville (2012) whereafter he joined the International Tours of Jersey Boys (2013), Singin’ in the Rain (2015) as well as Joseph and the Amazing Technicolor Dreamcoat (2016). He recently returned from the international tour of Chicago, the Musical. Other local productions include Reik na die Sterre and Liefling, Die Musical. He is also a freelance dancer for corporate functions having danced for Debbie Rakusin, Ferdinand Gernandt and Taylormade Group amongst others. Stephan has been choreographing for school productions and youth theatres since 2009. Recently, he also performed on Oceania Cruise Lines as Singer/Dancer and Dance Captain touring the Mediterranean and the Caribbean. 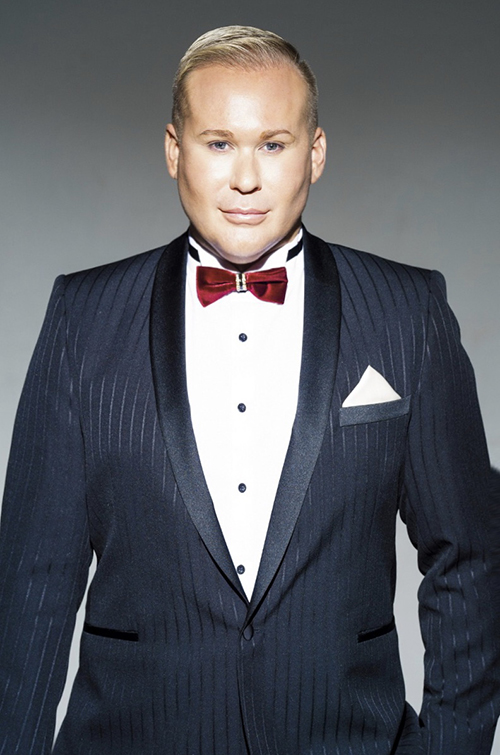 Ryan draws from his broad experience working as a professional dancer and choreographer and incorporates his knowledge into a class that focuses primarily on commercial choreography. You can expect to become familiar with choreography from music videos, casino extravaganzas, cabarets, corporate events and cruise ships.

Come to class for high energy action, loads of fun and a whole lot of sass. 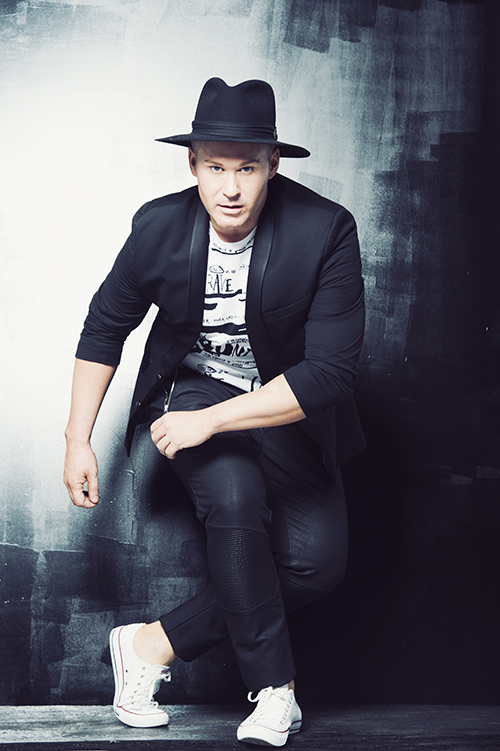 Ryan Hignett has been working in the entertainment industry for 21 years appearing, both locally and internationally, on stage and in film, television, and music videos as well as on radio. His stage credits include High School Musical and numerous Sun City extravaganzas as well as shows in Taiwan, Seychelles and Morocco.

He obtained a National Diploma in Dance from the Tshwane University of Technology in 2007 where he majored in Performance and Choreography. Currently, he works as a successful choreographer and show producer incorporating all his training and the skills he gleaned in performance to create exciting events. He has choreographed a myriad shows for corporate events as well as performances and music videos for singers such as Cara Frew.

Over the past decade, Ryan has been extensively involved in the pageant industry having choreographed and judged many pageants. He was also responsible for training our very own Miss SA 2018  and 2019 for the “dances of the world” segment of Miss World 2018 and 2019. Ryan thoroughly enjoys teaching Dance and Performance classes and introducing dancers to his bold and saucy style! 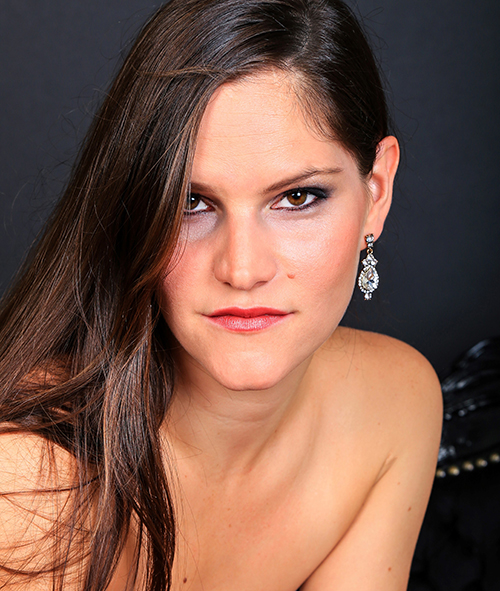 Trained in the Cecchetti and Vaganova methods Alexandra has taught and choreographed in countries all over the world. As a qualified teacher, Alexandra believes in creating a safe and nurturing environment and inspiring a lasting love for anyone who seeks to learn train and improve in the fundamentals of classical ballet. Her musical theatre background is also clearly evident as each exercise’s inspiring accompaniment is seamlessly matched to mood and purpose as well as the over-arching theme of each class.

It’s the heart afraid of breaking that never learns to dance. - Xiaolu Guo 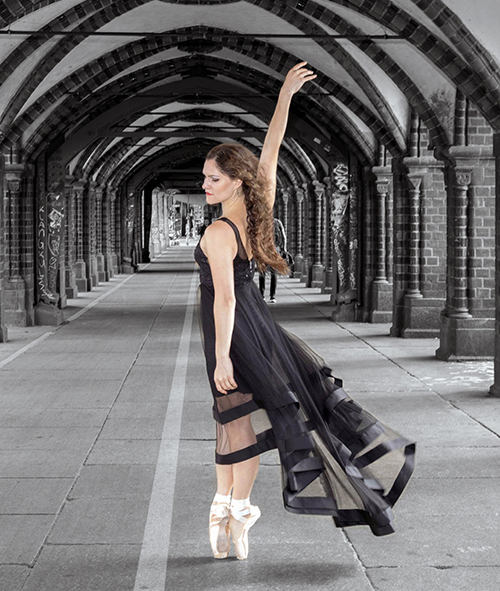 French-South African performer, Alexandra Girard, began her career performing in musical theatre productions at The Peoples Theatre in Johannesburg. She made her television debut in Galooby and Kideo.

At the tender age of 9 she was accepted into the prestigious Ballet Theatre Afrikan Academy under the direction of Martin Schonberg. She later joined the professional company working with renowned choreographers such as Adele Blank, Christopher Kindo and Kitty Phetla to name a few. Performances included, amongst others, Paquita, A Midsummer Night’s Dream, Alice in Wonderland, Windows, Hooked on Classics and Just So Stories.

After starring as Dorothy in The Wizard of Oz, she relocated to Paris where she was head of the ballet department for l’Adase Cultural Centre for 4 years. Alexandra’s theatre credits include lead female vocalist in A Tribute to the Musicals (Théâtre du Gymnase), E-Volution (Don Camilo) and Broadway Christmas Cabaret, Maria in West Side Story in Concert (Switzerland), Tantomile in CATS – le musical (Théâtre Mogador, Paris) and CATS – the musical UK cast (International Tour). Most recently Alexandra has been part of the all South African cast of Rock of Ages as well as the world tour of  Chicago – the Musical. 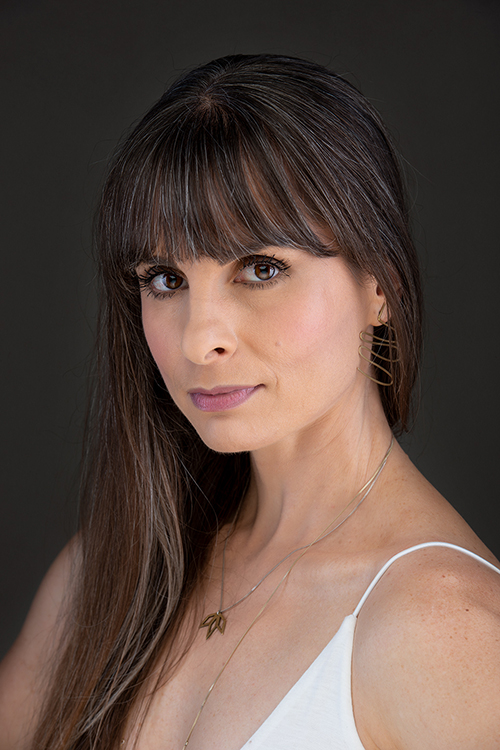 Dance is the hidden language of the soul – Martha Graham

Claudia’s main aim is to guide the class participants to express themselves, not only physically but also emotionally, through movement. Class consists of a thorough warm up and there may also be some technical exercises in preparation for the routine of the day. Her choreography usually addresses universal issues and contains differing emotive themes so that the dancers are able to empathize and connect to the work, using the routine to channel self-expression. Claudia is not at all pedantic about interpretation but allows the dancers the freedom to add their own style and make the work their own. 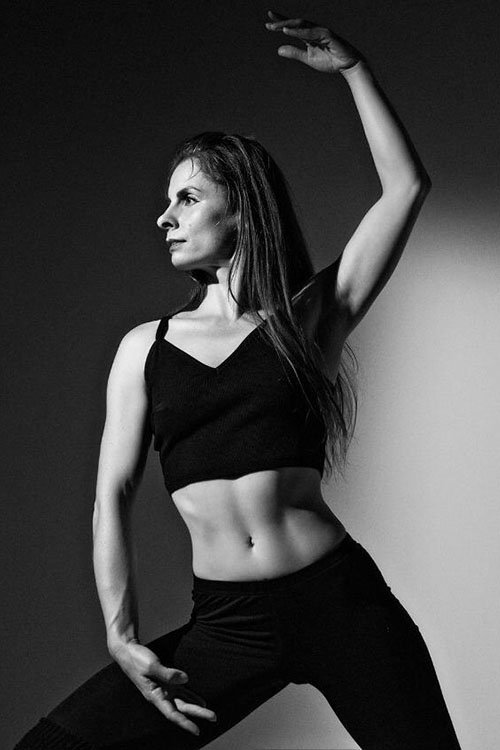 Claudia's dance career started at the tender age of 5 studying ballet and modern dance. She attended Pro Arte high school and with ballet as her major, she was exposed to more styles, including Cechetti and Vaganova. After Matriculating she made a vital decision to broaden her theatrical horizons to include more aspects of performance.

She was accepted into the Musical Theatre course at Tshwane University where the curriculum included singing, acting and several styles of dance including jazz, contemporary, African and tap. Here, she really found her niche as a dancer and in her third year, was nominated for a South African theatre award (now known as the Naledi Awards) for Most Promising Dancer on the strength of 2 dance pieces. Claudia became a favourite amongst top South African choreographers and went on to a highly successful career in Musical Theatre, dance and choreography before moving away from professional performance completely.

Claudia teaches contemporary and jazz and has taken up pole dance - an art that she has fallen in love with. She teaches advanced pole dancers and circus performers and competes in major events both nationally and internationally. 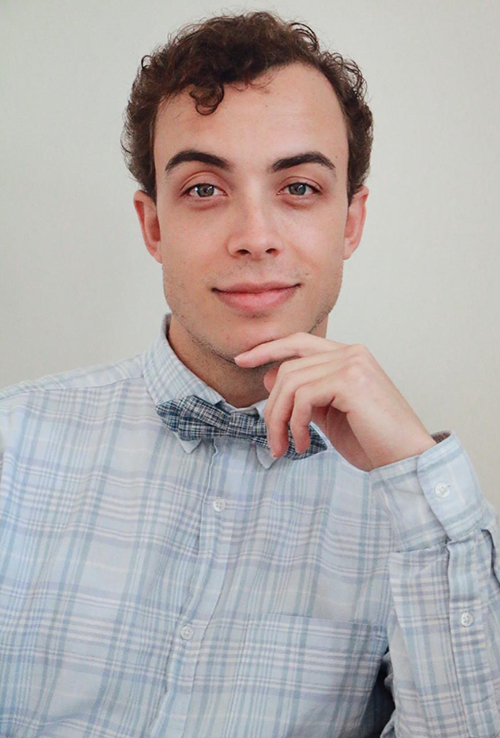 Every day brings a chance for you to draw in a breath, kick off your shoes, and dance. - Oprah Winfrey

After a short, but effective warm-up, along with corner work to stimulate brain-body connection and enhance one’s abilities, Jonathan dedicates the majority of his class to teaching and performing the choreography of the day.

While his choreography draws from his Hip Hop background, it is likely to contain references to various other dance styles and some tricky sequences as his goals is to broaden the dancers’ horizons in terms of performance. He aims to encourage the dancers’ understanding of their own bodies and movement as well as increasing their ability to grasp new choreography which makes any subsequent routines easier to absorb and execute. 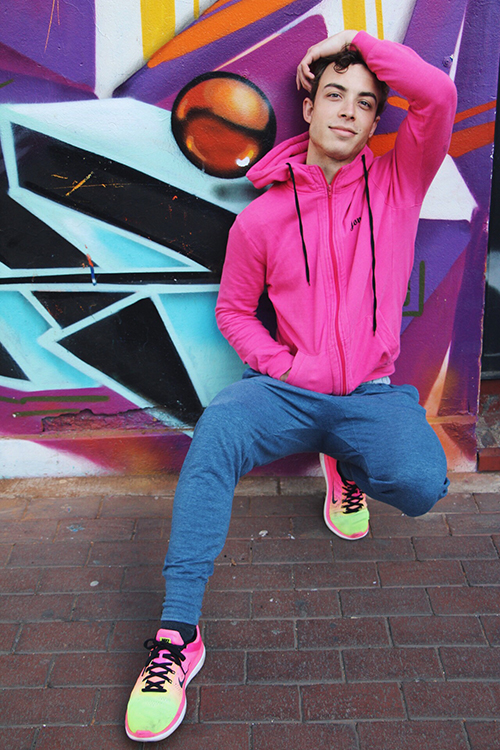 Jonathan has been dancing for the majority of his life. He trained in Hip Hop from a young age and later joined the UCT Hip Hop Society where he was part of the team taking the trophy for best dance crew at a national championship held in Cape Town.

Realising that he wanted to make a living out of “busting moves”, he enrolled at Oakfields College for Musical Theatre and Dance, graduating with his diploma in 2016. In his final year, he was cast in Annie, The Musical choreographed by none other than Broadway choreographer, Nick Winston. Thereafter, he was offered the position of Swing in the oh-so-colourful and over-the-top musical, Priscilla, Queen of the Desert, which marked his first international touring show.

Jonathan has also paid his dues in Children’s Theatre, playing the role of The Tiger and The Father in The Tiger Who Came To Tea hosted by the NCT. Following the tiger suit, other theatre credits include West Side Story produced by Eric Abraham and The Fugard Theatre and his most recent career highlight of being in the ensemble and Swing in the magical Matilda, The Musical. The show toured globally to China, Singapore, the Philippines amongst others.

Jonathan feels blessed to have enjoyed every show he’s been a part of, no matter the size if the role and he is excited to share his creative “move busting” with those in his classes.